Judi Gor is a light artist sharing her time between Israel and the Netherlands. Her designs have been realised in different assignments in public spaces and exhibitions.

Her design SeatOr  won the final stage for the design competition Collaboration S. SeatOr  is an interactive lighted seat whereby rotation of colours is activated by touch. The design was  exhibited during the Dutch Design Week 2015 in Eindhoven (NL).

In 2016 she carried out a laser installation Aureoles for St. F. Xaverius Church of Amersfoort. Twelve columns inside the church were illuminated by Laser beams accompanied by “thunder” sound effects and mist clouds.

Participants activate the light on the top of the installation using their smart phones. Morse codes are programmed  enabling the interaction  between the art work and the participants. The design was made for Amsterdam Waterfront as part of the visual research Licht Op Het IJ  that was exhibited in the Muziek-gebouw aan ‘t IJ Amsterdam in 2012/2013 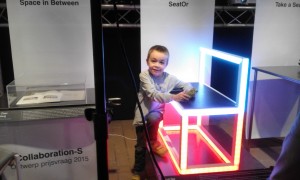 Seator 1:  lighted seat; nominated design by Satilliet Design Competition. Colours of light are activated by touch of the user. The object was exhibited during the Dutch Design  2015 in Eindhoven The Netherlands. 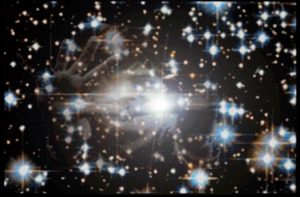